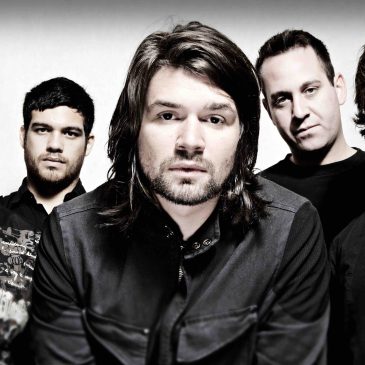 When Taking Back Sunday announced guitarist Fred Mascherino would be leaving at the end of 2007, it was an all too familiar position for fans. The band, which has recorded consecutive albums with the same members only once throughout its 10-year career, would be going through yet another lineup change. It’s only fitting, then, that … END_OF_DOCUMENT_TOKEN_TO_BE_REPLACED

Guitarist Matt Fazzi discusses the band’s latest effort “New Again,” what he’s been able to contribute in helping the group move forward and try different things, and how his life has dramatically changed since joining the mix. … END_OF_DOCUMENT_TOKEN_TO_BE_REPLACED