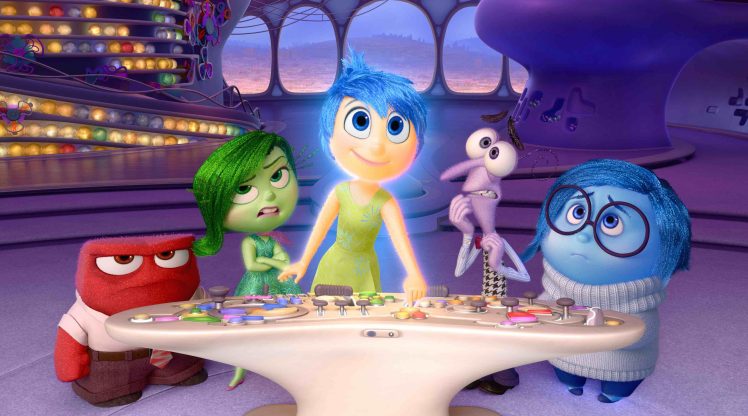 In the years following the widely praised Toy Story 3, the luster behind Pixar, the studio with the near perfect track record that was the envy of Hollywood, dissipated into the ether. It released its two worst films to date (Cars 2, Brave), a lightweight (albeit still fun) prequel (Monsters University), suffered major behind-the-scenes drama (the aforementioned Brave, the delayed The Good Dinosaur), and began rushing development on some of its most successful properties that publically construed as little more than much needed cash and good will grabs (Finding Dory, Toy Story 4, The Incredibles 2). While the first Cars proved Pixar was human with its middling storytelling back in 2006, now the company was shown to bleed just like the rest of us.

Thankfully, Pixar’s talent well is too deep to run dry for long, as one of its best and brightest visionaries, Pete Docter, returns for his third go-around with one of the most impressive and well-rounded outings the studio has ever produced. Inside Out may mostly take place inside the mind of an 11-year-old girl, but its story and lessons will resonate and engage every age level, harkening back to the days when Pixar pushed the boundaries on what animation could accomplish.

It’s no surprise Inside Out is another poignant and emotional construction, considering Docter is the man responsible for THAT sequence of brilliance everyone on planet Earth was moved by from Up. The interplay and journey of the two principle characters, Joy and Sadness (perfectly voiced and embodied by Amy Poehler and The Office’s Phyllis Smith), especially hits home on multiple levels in showing how both are natural and necessary elements of life. Not to mention the film also features perhaps the most moving depiction of an imaginary friend in cinematic history.

Inside Out is not without its lighter moments, though, of which there are plenty, as Docter once again knows how to capture the right balance of levity and tenderness. And let us not forget the amazingly creative ways he and the Pixar crew are able to visually render and dramatically represent the brain and human psychology. Something so abstract and multifaceted would be hard to adequately get across in an adult film, much less one marketed to children, yet by simplifying and making these concepts tangible they basically fulfill every psych student and elementary teacher’s dreams at the same time. The entire production is an incredible accomplishment on every front and easily one of 2015’s most dazzling moments. Most importantly, it does what all great stories do – ignite, inspire and illuminate.