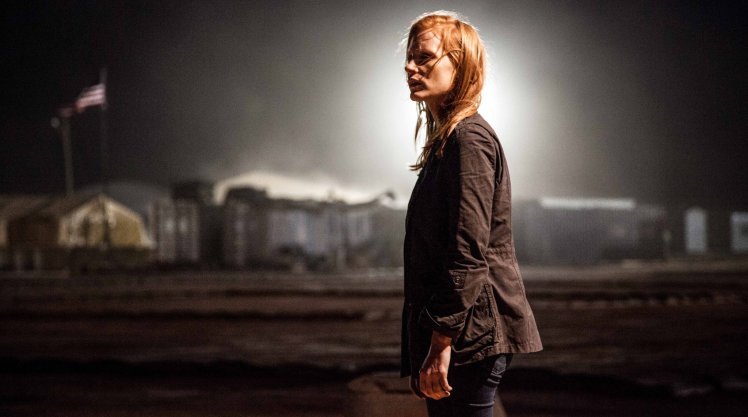 Without a doubt, 2012’s most controversial film was Zero Dark Thirty, especially if you were a member of Congress. Torture has become one of the big moral issues of our time, one everybody has a strong opinion on, and therefore it was only logical something touching on it so directly would generate a heatedly split response.

Months before it was even released, there was debate over whether or not classified information had been leaked to the filmmakers, and then of course there were questions over whether the film was pro-torture and the manner it portrayed torture in helping to get bin Laden.

The controversy turned out to be something of a double-edged sword. It contributed to it becoming an unexpected box office smash, but the ruckus also likely cost it a shot at several prestigious (and well-deserved) awards, as Kathryn Bigelow’s snub for Best Director can attest to. Above all, though, it got people talking, a tradeoff the filmmakers overall are likely content with.

Zero Dark Thirty is immaculately constructed by Oscar-winning scribe and former journalist Mark Boal, which was no easy task. He had to boil down a decade-long manhunt into 150 minutes, plus do a massive rewrite when bin Laden was killed halfway through preproduction, but it all blends seamlessly. The story is not hard to follow nor does it feel overstuffed, yet at the same time it’s very thorough and never feels shortchanged, either. It’s a tricky balance to walk, but Boal manages to get it just right.

The acting is another big reason why Zero Dark Thirty is as good as it is. Jessica Chastain gives one of the year’s most compelling performances, absolutely deserving of an Oscar. The 10-year hunt ends up consuming her to the point of obsession, and Chastain nails the transformative steely resolve and determination to a T.

Bigelow also enlists a long line of excellent character actors to make even the small roles worth paying attention to, no doubt one of the perks of winning Best Picture and Director. Which, as we all remember, happened three years ago, when The Hurt Locker famously beat out Avatar.

As the results attest, Bigelow and company weren’t merely content sitting back, so they decided to one-up themselves with the follow-up. This time it’s on a larger scale with a lot more storyline threads at play, while it’s more thematically complex and less of a straight action picture.

But that isn’t to say it’s not exciting or dull, and being that everyone already knows the ending, was an obvious concern going in. Rest assured, the bin Laden raid is one of the most arresting sequences in recent memory. Kudos to Bigelow for shooting in what feels like real time and keeping Hollywood bombast out of it.

As for its depiction of torture, I found it to be about as accurate as can be expected for a non-documentary. The facts are our nation did many terrible things in the wake of 9/11, and Zero Dark Thirty never shies away from the ugly. Does it make torture out to be more successful than it was in real life? Perhaps, but it also shows how unreliable the information obtained using enhanced interrogation can be and that sometimes good old-fashioned detective skills are the best bet.

Truth is, the real life issue of torture is far from clear-cut and cannot be summed up in a simple paragraph. There are countess articles that delve into the accuracy and message of Zero Dark Thirty in greater detail than I am able, so read a few and make up your own mind. I would recommend starting with The Atlantic’s excellent “Zero Dark Thirty Is Not Pro-Torture” and go from there.

Whatever your thoughts on torture are, whatever you felt Zero Dark Thirty was or wasn’t advocating, there is no denying it as a striking and effectively made piece of filmmaking. Ultimately, it tries to be as ambiguous and apolitical as possible to force viewers themselves to wrestle with the consequences of using torture, both the positive and negative, because persuasive arguments can be made on either side.

Bigelow fittingly chooses to end by lingering on an unanswered question, as if to say the debate is far from over and now left up to us to decide the final outcome. Art is supposed to be provocative and few did it better in 2012 than Zero Dark Thirty.