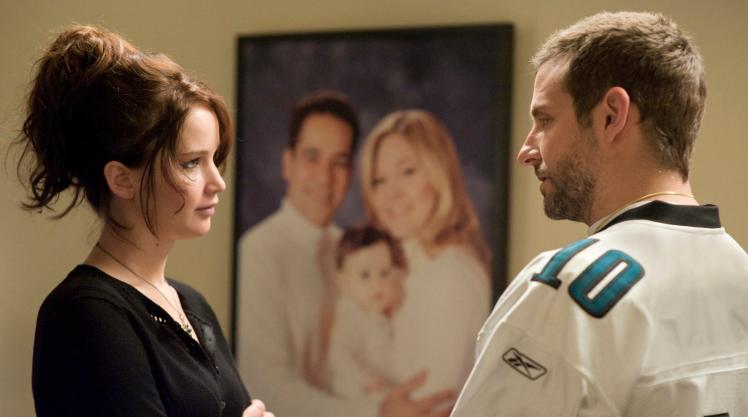 No matter how hard one might resist, it’s nearly impossible not to fall head over heels for Silver Linings Playbook, the most charming film about mental illness you’re likely to come across. In dealing with such a tricky and sensitive subject matter, it balances the line between comedy and drama, never fully committing to one tone over the other for any long stretch. Thankfully, writer-director David O. Russell, still fresh from his career resurrection 2010’s The Fighter provided, masterfully blends the two together in the greatest outing of his career.

Certainly the writing is a strong suit, yet Silver Linings greatest asset is its casting, and boy do they deliver. Hands down, this is the best-acted film of the year. Bradley Cooper, who I’ve never thought highly of and feared he was gravely miscast when the project was first announced, is nothing short of a revelation. For once, he’s not playing a douche, instead bringing to light the honest conflict of a man trying to stay on the positive side of a midlife crisis amid frequent outbursts brought on by a bipolar disorder. It’s a career-redefining performance.

On the other side is Jennifer Lawrence, who unlike Cooper I’ve always been impressed by her acting ability, and once again she raises the bar to a new personal height. She’s just as mentally unstable as Cooper’s character, the two really are quite the perfect match despite the age difference, combining the backbone that earned her an Oscar nomination for Winter’s Bone with a sharp talker wit and haughty, take-no-prisoners attitude, the likes of which she hasn’t really shown onscreen before. Both are locks for plenty of awards attention, with Lawrence a decent shot at winning Best Actress.

Then, as if proving Cooper is actually a legitimate actor wasn’t enough, Russell does more of the unthinkable – gets the least annoying performance of Chris Tucker’s career, in the comedian’s first non Rush Hour role in over a decade, and an emotionally resonant turn from Robert De Niro, easily his best and most serious work in probably just as long. The rest of the supporting players are fantastic as well and do a great job at providing an authentic Philly flavor.

At its core, Silver Linings Playbook could be considered a romantic comedy, as the feel good ending seemingly betrays. However, hardly any of it plays out or seems to live in the trappings of the genre, and the touching moments it does have all feel deservedly earned. The way Russell captures the different relationships and issues between the characters, giving the audience people to genuinely root for and care about in a non-sappy way, is an accomplishment that cannot be understated.

The film has already garnered an incredible reaction amongst the festival circuit, winning the prestigious People’s Choice Award at Toronto, an honor recent Best Picture winners Slumdog Millionaire and The King’s Speech also took home, and is without a doubt one of 2012’s absolute finest offerings. I, for one, will be cheering for Oscar gold come awards night.