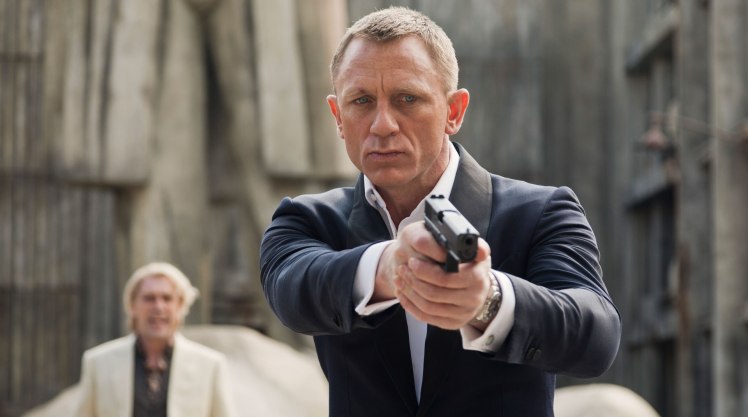 Skyfall is not only the strongest installment in James Bond’s storied 50-year history, it’s also one of the finest films of 2012. I’ve been saying for years the best way to take a franchise to the next level is to get Oscar-caliber talent involved, and Skyfall fits that bill to a T.

Sam Mendes, who burst onto the directing scene at the turn of the century with one of the most striking one-two punch debuts in cinema history, was a bold choice to helm a Bond outing. He’s never done an action picture before, and though there were some action-y elements in Road to Perdition and Jarhead, none of it suggested he would be an ideal fit for a big-budget Hollywood extravaganza.

However, as someone to lead Bond further down the road Casino Royale started, which strived after a grounded and character-based tone, Mendes was a logical continuation and one the franchise needed to take the next step.

Rest assured, Skyfall delivers the action goods as well as any Bond adventure to come before it, so it hasn’t gotten all artsy to any who may have been worrying. There’s fun homages to the Bond of yesteryear, as well as old characters such as Q and Moneypenny presented in a new light for the first time in the Craig era.

Then, there’s one of the most memorable villains Bond has yet battled, brought to life with particular gusto and relish by the masterful Javier Bardem. Bardem makes an immediate impression from his introduction, an amazing static shot of him walking towards the camera delivering a monologue about cannibalistic rats, and you’re instantly in awe. He’s almost like an exaggerated Julian Assange, but combined with a helping of Heath Ledger’s Joker.

In fact, he shares several interesting parallels with The Dark Knight, as both men are beaten down and battered, almost to the point of no return, before reaching down deep and pulling off a miraculous resurrection. It can even be read as a kind of meta commentary on the Bond mythos itself, which finds itself now quite antiquated from the modern age.

Skyfall’s biggest weapon isn’t Bond, though, it’s Roger Deakins, one of the greatest DPs on the planet. From beginning to end, Skyfall sparkles and pops, especially in IMAX. There’s not a more beautifully shot film this year. In particular, a sequence in Shanghai inside a glass skyscraper is positively gorgeous. The amount of time and care it took to set up shots and have it be an integral part of the storytelling is obvious, and it works wonders.

I would also be remiss if I didn’t mention Adele’s instant classic of a theme song, one of the best in Bond’s musical lineage, and Judi Dench, who delivers a phenomenal performance that takes M to emotional depths the character has never gone before.

Skyfall isn’t perfect, but as a Bond film it’s awfully close. There’s only have a few slight story nitpicks here and there, nothing major, and it would have been nice to see the sex slave character fleshed out more substantially. A lot of people had issues with the ending, which slows things down for an old-school western style shootout, but I thought it worked fine and helped close things out on a more intimate level.

Just as Casino Royale raised the bar on what a Bond film could be a handful of years ago, Mendes calls and raises it further with Skyfall, once again proving amazing things can happen when A-grade talent is both in front of and behind the camera, no matter the setting.