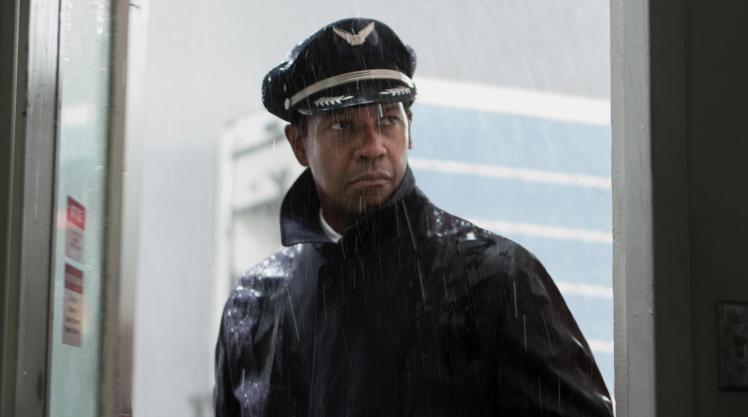 Flight is a tricky film to pinpoint, because it’s both better than you would think and yet not as good as it should have been at the same time. The real reason it works at all is due to the greatness of Denzel Washington. Flight is one of his strongest performances of the past decade, possibly his most compelling turn since winning an Oscar in 2001’s Training Day. Denzel is always at his best in darker roles and here he makes the character’s downward spiral believable and the battle with addiction feel authentic, not overplaying things in a film where subtlety is not in its natural vocabulary (more on that in a moment).

Much ado has also been made over Flight marking Robert Zemeckis’ first foray into live action since Cast Away all the way back in 2000, and for the most part the director hasn’t skipped a beat. The plane sequence is one of the most harrowing scenes of its kind we’ve seen on screen before, while he gets some truly great work from his deep cast. A quick shout out to James Badge Dale, who has rarely been mentioned in reviews but is absolutely fantastic in his brief appearance.

Really, everything is clear skies, Flight even flirts with being legitimate A-grade material, until its final half hour starts to bring the metaphorical plane down. That bad pun pretty much sums up just how little subtlety there actually is. Things quickly go south with a sequence seemingly lifted from some other movie, way too lightly played and unrealistic for this film, and then the themes are continually spelled out with the grace of a jackhammer. Denzel even has one of those speeches everyone hates, in which the point of the entire story is summed up in one neat little monologue for those who weren’t following along.

Contrast Flight with how Shame plays out from last year, in my opinion one of the most powerful and emotionally draining films about addiction ever made, and the difference is mind boggling. Flight comes across as so much clunkier and its message so overtly explicit it almost dims Denzel’s masterful work somewhat.

I understand Flight is a big-budget Hollywood production, with an A-list star and an A-list director, so it’s natural to not have as much creative license and leeway, and it is commendable for what it does with the pieces it has. Without a doubt, it’s a far more interesting take on Captain Sullenberger’s real life heroic landing than simply being, “Oh, it’s the movie with the one scene where the plane flies upside down.” However, the ending serves a stark reminder why I’ve largely never been a huge Zemeckis fan, as once again all I could do was shake my head and wonder what might have been.