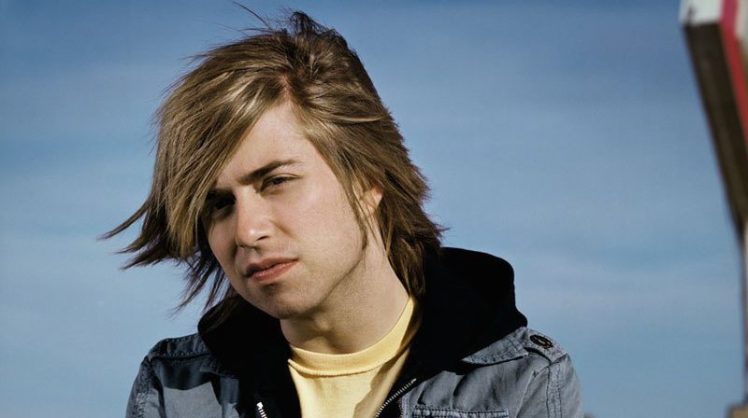 Do-it-all frontman Bryce Avary talks about his unique writing process, his experiences with record labels, the modern music scene, and the band’s dedicated fan base.

It’s going really well, man. Awesome, actually. It’s been kind of what we expected, which is really awesome.

How did you wind up co-headlining it?

It’s actually kind of a long story. We were planning on doing a headlining tour and our tour kind of fell apart, and then Alternative Press came to us and asked us to tour. They were like, “All Time Low’s already headlining it, so you can co-headline.” We thought of it as a good opportunity, so we decided to do it.

What was it like being on the cover of Alt Press?

It was really cool. I kind of can’t believe it happened, you know? It was a dream come true.

You’re one of my favorite live bands and I think you rank up there with Dave Grohl as one of the most energetic frontman I’ve seen. Where does all that energy come from?

Cool, man. Thanks. I think I just feed off the crowd and feed off the music. There’s such a connection between the music and myself and the fans at the shows. Music’s kind of in my veins, so when I get a chance to play it, I get really stoked.

You have a pretty rabid fan base, with my younger sister also being one of them. What’s it like to have such dedicated fans?

Man, it’s such a blessing. I don’t know where we’d be without them. It is the foundation of our band. I couldn’t be happier with the kinds of fans that we have. I love it. It’s a more intimate, loyal kind of fan base rather than as opposed to some flavor of the week, you know? That’s just happened over years and years of touring and putting out records.

On those records, you pretty much write and record everything yourself. Where did that love for music come from?

When I was real young, I was just really infatuated with music. I got a guitar and a drum set kind of at the same time. I just started drumming and kept doing it until I learned how to play both of those things. Then over time, it just grew. That passion grew. I made a record that way, and I’ve kind of always done it that way.

What’s your favorite instrument to play and what do you usually write on?

I write on both guitar and piano equally, and my favorite instrument to play is probably the drums.

How would you describe your writing process? Do you think that you’ll always write on your own rather than as part of a band?

I don’t know, that’s a good question. I think eventually one day I might involve other people and stuff. I guess it’s weird. It started because I didn’t have a band, and then every time we’d have a record, half the dudes in my band decided to not do it anymore and go to college. So this is the first time we’ll probably actually have a set band, so we’ll see. It’s kind of one of those where it could be cool. The idea of it is kind of exciting to me, but there’s also, like, don’t fix it if it’s not broken [laughs]. So, we’ll see.

Going back several years, how did you first end up getting signed by Militia?

That was crazy. I was 16 years old when I put out my first CD, and I’m 25 now. I had a little EP, and Militia Group somehow just heard about me before they were even a record label. I think they were a booking agency. They tried to sign me as their first artist and they called me a lot. I never ended up doing it. Then I made Calendar Days on my own accord for the record label and they were just really passionate about it. So, we did that.

How have things been on Island?

It’s all right, you know? It’s been good. Part of it is really great. It was really nice making a record with a real recording budget and everything, and go into Target and see your record in stores. So, it’s been pretty cool. No record label is perfect, that’s for sure, but it’s pretty cool.

You’ve kind of developed something of a reputation for making these upbeat, optimistic, sunny type songs. Is that how you are apart from the band?

I think a lot of the time you know, but yeah, I try to live life like that. Sometimes I think people are assuming I’m different from a normal person, but I definitely have bad days and stuff.

When you think of pop music today, you usually think of it as being shallow, superficial, materialistic type stuff. However, I think your lyrics are a lot more honest, heartfelt and hopeful. How do you explain the disparity between those two ideals?

That other one just makes me sick. I really, really hate it. I mean, I like poppy melodies and stuff, but writing from your heart is something that’s a huge part of what I’m about. Yeah, I don’t like manufactured pop music whatsoever. Maybe once in a blue moon there’s something I’ll like, but that’s not what I’m about at all.

It also seems that a lot of music these days, especially with the whole American Idol type craze, is that the musicians don’t even write their own stuff, which you sort of addressed on “A Song Is Not a Business Plan.” What’s your view on the subject?

It’s a huge deal to me, dude. It really bugs me. It is becoming a very normal thing for bands to do that, and I will never be one of those guys.

My favorite song off the last record, and probably my favorite that you’ve done so far, is “So, In This Hour…,” which I think is a really powerful song. What was the inspiration behind it?

Thanks, man. The inspiration behind the song is it’s just where I was at that time. It’s really honest, you know? I’m a really spiritual person. My relationship with the Lord is a huge thing in my life. It’s just kind of a struggle between worldliness and knowing God, and always wanting to do something that really affects the world and the kingdom. That’s just something that that song is about, and how underneath it all I can be very self-indulgent or just a normal human. So it’s about the battle between all of that in my own heart.

I’ve read where some of your fans not only find your lyrics uplifting but also where it has helped them out in their own personal lives. What is it like to have that kind of influence and, as the whole Spider-Man thing goes, is there a certain responsibility that comes along with that?

[Laughs] I think so. Yeah, absolutely. I definitely think about it, you know? It’s impossible not to acknowledge it when you hear those kinds of stories. It definitely is in the forefront of my brain a lot of the time when I’m writing songs, just how much songs actually mean to people. To be able to use them as a tool and bring hope to people, it’s just crazy that songs can do that.

You’re originally from Texas but it seems like you bounce around a lot. What is it like not having a permanent residence?

It’s kind of crazy. You know it was fun for a while, kind of like constantly in order to live, but I actually finally just got a place in Texas, so I’m officially not homeless for the first time in over three years [laughs]. I got the place two days before we left for this tour. I got the keys and then I got on the bus, so it was kind of a really anticlimactic end of homelessness [laughs].

You’ve also been married for a couple years now. How does that fit in with the constant touring and hectic schedule?

Well, she’s always with me, so this is our life. That’s how it fits in, because this is what we do.

You’ve known her for quite a while, too, right?

Yeah, we’ve known each other since we were like little kids.

Once the tour is over, what do you have planned next?

We’re going to the U.K. this summer and then we might be doing a headlining tour in the fall. So, hopefully that’ll all pan out.

You were just in the U.K. not too long ago. What is it like playing in another country compared to here?

It’s amazing, you know? It was really cool. They were so receptive, and it was just really great being over there.

Are you currently working on a new album at all?

I’m starting to write for it, yeah. I’m the kind of guy who sort of has to detach himself from touring and get into writing mode. I write a little bit on the road. I’ve written a couple songs, but it’s like I can write an entire record in two months or something if I’m focusing on it. You know, sleeping in the same bed every night and living in a home without wheels, not moving from one show to the next. So I’m working on it, but I’m probably not going to realistically record it until the beginning of next year.

Are you going to get another video off of Do You Feel then?

Man, that’s a big question. We were supposed to and I don’t know. That’s kind of a touchy subject. You should ask Island Records that question and see what they have to say.

I think the CD has the potential to “Break Out,” like its first song, if you will, but it seems like they haven’t done a whole lot in pushing it.

No, they haven’t. It’s been really weird to know that we have a record that has the potential to be kind of a big record. It very much has the potential to be on MTV and be on the radio. That kind of has to do with our record label. There’s been a lot of big changes up at Island Def Jam. A lot of people were fired. It kind of screwed us a little bit, so I don’t know. We’ll see. It might just be another Rocket Summer record that the masses don’t hear, but at the end of the day we still have amazing fans and a loyal audience. I guess that’s all that matters at the end of the day.

You’ve said previously how if you weren’t playing music, you’re pretty much clueless on what else you’d be doing. Looking a couple years down the road, what do you think the future has for both you and Rocket Summer?

I really don’t have any ideas other than I just really hope it’s still going. I’m a songwriter and I’m a performer. It’s what I do. I don’t really know what I’d do other than that, as far as an occupation goes. So I just sincerely hope that our fans will grow with us and stick with me. I’ll keep making records as long as they stay with us, as long as there’s an audience there, and that’s something that I hope never goes away.